Weighing In on The War Against Women 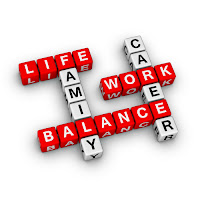 War is a state of armed conflict between different nations or states or different groups within a nation or state. Now, a conflict has been described as one in which a political party is at war with women.  I am a woman – and wonder how to respond, lest I am caught in the cross hairs of one faction or another.

The weapons are words – some portend personal legislative and economic changes that could deny many of the rights I enjoy. Other words hurt – suggesting that how one woman chose to live her life invalidates her political opinions. And this re-kindled some memories of skirmishes I encountered in the late 70’s and ‘80’s.

I sympathize with Ms. Rosen – she revealed an opinion, as did a radio personality a few weeks ago, which generated heat, but not much light. Both Ms. Rosen and Mr. Limbaugh expressed opinions that represent opposite and deeply felt convictions about how we [should] live. However, in the on-going clash of deeply held convictions, making our political points so personal impedes conversation.

Waging war with words can lead to battles that secure no peace.

Staying home to raise our kids was our choice – a choice based on our sense that personally and economically it made sense for us.  When we flirted with the idea of me going to work outside the home, running a few of the numbers showed us the return on that investment would be minimal.  However, the decision dismayed one of our kids: most of their friends’ moms worked --- and that I did not was a bit of an embarrassment.

In the ensuing years, I thought we were past the implication that women who chose to stay home were not as equally informed citizens as women who worked and men. I thought that “choice” included other decisions than simply reproductive rights.

Accusing our political parties of  “waging war” on other Americans shuts off the conversation that we Americans should be thinking about – the role of government in our daily lives, as well as our national life.  Getting personal, like Ms. Rosen and Mr. Limbaugh did, obscure the ability to see how women around the world are denied liberties that American women enjoy.

When I read about how people live in many other countries, if even a portion of the reports is a true, Americans should take a good long look at what we have (warts and all) and get off demonizing each other.

·      Women who are battling their own, or loved ones’ disabling diseases know a thing or two about health care and medical insurance.

·      Women all know that our children face dangers and opportunities that were unimaginable when we were growing up. We all worry about how to communicate with them so we can pass along want we have learned.

·      Women who care for their parents while caring for their own families or themselves know about the limits of Medicare and Social Security.

·      Women whose spouses or sons have gone to war know its cost in ways no one else does, except men whose wives and daughters have been killed or maimed.

Our news and social media outlets are purveyors of arms (warring words and images) that are escalating our conflicts. See the brouhaha they fomented by blogs and tweets about SC Governor Nikki Haley’s income taxes!   Whether and how they might restrain their “sales” of these weapons are worthwhile questions.

Alas, there’s scant profit in being civil.
Posted by bwsmith at 9:57 AM