More on the TEXAS Tornadoes 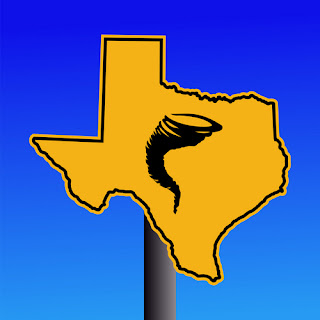 The blessing of the written word – and live cameras! Were it not for the chronicles of the storm captured by print and photojournalism I could not have pictured the extent and force of the damage – or the miracle that no one lost their lives!  And even this extraordinary weather event recedes in the rearview mirror of life as we raced through another day.
Today, Mr. Steve Blow in the Dallas Morning News wants to give credit where credit is [really] due:  to man’s wisdom. People playing it safe – in Dallas, Plano, Lancaster and Forney Texas -- are the reason no one was injured in the thirteen tornadoes that touched down Tuesday.
I am glad so many acted so wisely. In contrast, the  off-duty Dallas police officer who helped shelter many didn’t feel it was just what he had learned that made him useful:
"With any situation, as a police officer, we always think, 'What could I have done different?'" he said. "This was Mother Nature. I had no control over what was going to happen." (article)
An interactive map shows the numbers of tornadoes and where they touched down approximately. One cell was an f-3 tornado with wind speeds exceeding 150 mph, two others were f-2, with winds over 100 mph.   (We live between University Park and Dallas – around the center of the map.)
So, we can congratulate ourselves – hundreds of thousands of people remembered to take appropriate shelter.  That in itself is a miracle – in every sense of the definition of the word!
1.
act of God: an event that appears to be contrary to the laws of nature and is regarded as an act of God
2.
amazing event: an event or action that is amazing, extraordinary, or unexpected -- "It'll be a miracle if we get there on time."
3.
marvelous example: something admired as a marvelous creation or example of a particular type of science or skill -- "a miracle of modern engineering"
[ 12th century. Via French < Latin miraculum "object of wonder" < mirari "wonder at" < mirus "wonderful" ]
What do you think?
Posted by bwsmith at 11:04 PM