A New Form of Slavery?

William Gilmore Simms was a well-respected and popular Southern author in the mid-to late 19th century and one of many authors who wrote opposing Harriet Beecher Stowe’s book, Uncle Tom’s Cabin. “[T]hese novels tended to feature a benign white patriarchal master and a pure wife, both of whom presided over child-like slaves in a benevolent extended-family-style plantation.”
Nobody today believes – or remembers -- Mr. Simms’ accounts, no matter how many accolades his contemporaries awarded him. Enslaving another human being is wrong – a word that barely conveys the immorality of the deed, whether perpetrated by the Africans, Portuguese, Spanish or English.
Reading Uncle Tom’s Cabin, nowadays is often disdained because Tom, who responds to his oppressors with charity and forbearance, is too passive.  (A criticism that suggests its author hasn’t really read the novel.) Unfortunately too few people today understand what Mrs. Stowe created: an accurate description of a “benign” white patriarch master, Arthur Shelby, who was willing to sell Uncle Tom down river to pay off his debts. And none of the lives of those enslaved were lives lived under benevolent care!
Slavery ruined people and families, black and white – even as valor, charity, and conscience refused to break under its yoke.  And Mrs. Stowe masterfully shoved its apologists’ noses in the stench from that “peculiar institution.” But, slavery and its wounds still remain a part of the American conscience to today. 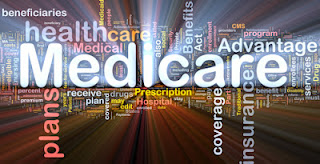 Our government is stumbling under another yoke – entitlements. Our [well-intentioned] programs entrap and make dependent their beneficiaries with just enough to get by, but never enough to become independent. And we have entrapped Americans from all races, classes; 53% of all Americans enjoy some type of government assistance.  We can’t live with the cost, and we [think we] can’t live without the services.
Could we be enslaving a third and fourth generation of American citizens?
We meant to be helpful, creating nets through which the most needy could not slip – but we have created a system that is as unfeeling and self-perpetuating as the 19th century plantations.  We promise to care for the aged, infirm, unemployed, and the young -- all who will come into our welfare system through a variety doors – with borrowed money -- the way plantation owners borrowed to sustain their endeavors.
Who wants to talk about debt, anyway?
Just as Mrs. Stowe knew that slavery could not care for people ripped from their homes, transported against their will, and brutalized; that eventually its masters would dispose of their chattel when pressed financially, our government is unable to honor all the promises it has made to Americans.
So, it feels much like the times when Mr. Simms' novels were lauded for portraying a rosy picture of a noxious institution.  Arguing that our government (Ma’ser) means only help and kindness to its beneficiaries –  (we slaves )– ignores the reality there is not enough money to go around to care for our citizens and pay our debts.
The bill will come due, and it is only a matter of time before one group or another gets sold down river to buy more time.
There was something so piquant and original in these elucidations of humanity, that Mr. Shelby could not help laughing in company. Perhaps you laugh too, dear reader; but you know humanity comes out in a variety of strange forms now-a-days, and there is no end to the odd things that humane people will say and do. (Uncle Tom’s Cabin, Chapter 1 )
(More on Harriet Beecher Stowe)
Posted by bwsmith at 12:46 AM

Email ThisBlogThis!Share to TwitterShare to FacebookShare to Pinterest
Labels: Abigail Adams, caring for the poor, politics