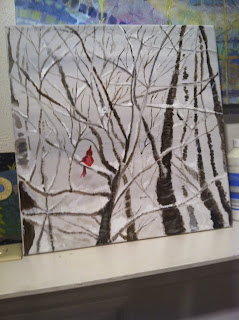 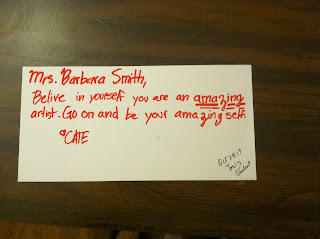 On a YOUTUBE clip, Anne Rice described a journey from religion to faith in Christ that resonated with my own – being raised in the church, and deciding to leave the church because the world beyond the church was powerfully appealing.  It is time well-spent listening to her well-expressed experience leaving and coming back to faith in Christ. She gets what it means to be saved – looking at the Cross, you are forgiven, and there are no barriers to Him. Christ is inviting you to come back to God. Once you’ve embraced God, your surrender is total. His love is without measure or qualification.   (I am second: Anne Rice)

But a decade later, in an interview on National Public Radio, she said something else:

"For those who care, and I understand if you don't: Today I quit being a Christian. I'm out. I remain committed to Christ as always but not to being 'Christian' or to being part of Christianity. It's simply impossible for me to 'belong' to this quarrelsome, hostile, disputatious, and deservedly infamous group. For ten years, I've tried. I've failed. I'm an outsider. My conscience will allow nothing else." (NPR Interview)

Well, I know what might have happened – when she uses the adjectives like this quarrelsome, hostile, disputatious, and deservedly infamous to describe “the group’” aka the church. Evidently, the doctrine and the activism of the Roman Catholic Church’s opposition to homosexual rights – while covering up its own sexual abuses -- convinced her to leave. She said: I found God, but that doesn’t mean I have to be a member of any organized religion.

I can so relate . . . Organized “religion” -- can be a problem – and it may be the reason some who receive the word of God gladly, wither and fall away. (Matthew 13)

The church is a mess . . . has been a mess, and until Christ returns, it will be a place for sick people, saved from their own destruction, to recover, and to make themselves useful to others.  Its shepherds are as many and varied as the flocks they tend. Living with sheep – as a sheep – is a picture of church life. None of us are the brightest animal in the realm – we are prone to problems and need tending; the wonder is that Christ bothered with any of us. (John 10:11)

But He did – and Ms Rice surely understands the cost of His care for us – a humiliating death. He gave us a message – and we have a mission. (Matthew 28:19-20) Feeding the hungry, caring for the poor, visiting prisoners, and serving widows is [often] welcomed by the world – until we mention responsibility before a holy God who so loved the world He gave His Son, but hates sin. (Leviticus 19:2; I Peter 1:15-17 KJV)  It is good to know nothing can separate us from the love of God in Christ – not so great to hear the seriousness of our sins.

Being delivered from sin’s penalty, Christ’s precious promise to us also comes with warning: “Stop it!” (John 8:1-11) He never added, “Unless you were born that way.”
And that’s our reason for not living differently after He saved us.

We don’t want to hear from folks who can’t get their own act together! Talk about hypocrites!

But, if we rightly see what Christ did on the Cross, as Ms. Rice described, we must let go of what we can’t imagine living without – our little peccadilloes that seem to be just how we’re made.  And we are supposed to do this together . . .

Therefore, confess your sins to one another and pray for one another, that you may be healed. The prayer of a righteous person has great power as it is working. James 5:16

Figuring out how to be in a world that seems to be going crazier and crazier, remaining faithful to Christ, and loving others with the love God showed us, when sometimes we are only barely healed ourselves is tricky. (Mark 5:30-34) Figuring it out in a flock of recovering sinners is trickier. Seeing Ms. Rice’s dislike to what the church does reminds me to take my meds before I point out how the world – and you – needs to shape up.  (The Be-attitudes)

Reason for Rejection of Catholic Church

Email ThisBlogThis!Share to TwitterShare to FacebookShare to Pinterest
Labels: disputes, faith in Christ

Autumn Weeds: Too Many Words and So Little Wisdom 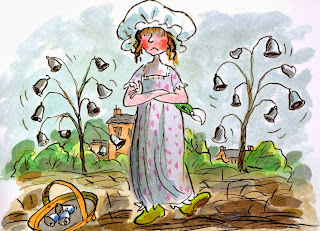 Yesterday, I did not hurry; I spent the whole day putzing and trying to come to terms with the emotions a favorite PBS program generated.

What a gift it was.

To have a day when nothing pressed in, scolding me to “Do this now.”

We stop at the dry cleaners and the grocery store
and the gas station and the green market and
Hurry up honey, I say, hurry hurry,
as she runs along two or three steps behind me
her blue jacket unzipped and her socks rolled down.

Where do I want her to hurry to?
To her grave?
To mine?
Where one day she might stand all grown?

Today, when all the errands are finally done, I say to her,
Honey I’m sorry I keep saying Hurry—
you walk ahead of me. You be the mother.

And, Hurry up, she says, over her shoulder, looking
back at me, laughing.
Hurry up now darling, she says,
hurry, hurry, taking the house keys from my hands.

All the memories the poem evoked! For I hurried our kids, and Doug and myself through many days  -- days that dragged through at break neck speed.

But I found a hymn written by Kristyn Getty for her little baby girl that slowed me down – and reminded to pray:

"This world is not as it should be..."; "May my mistakes not hinder you..."; “Father hear my ceaseless prayer == o keep my children and theirs in your care. A Mother's Prayer
Posted by bwsmith at 10:24 AM No comments:

Email ThisBlogThis!Share to TwitterShare to FacebookShare to Pinterest
Labels: work in progress

Unplugging from a Party Line

The Last Tango in Halifax tells a winsome tale of how two families and their friends get on, when Alan and Celia rekindle a flame, 60 years old.  The writing is excellent. The whole production, terrific! The characters and their peccadilloes are wholly believable; even the rascals are engaging.  A form of religion is in the background, but with no substance, except negative stereotypes and bad language. And by word and deed, they are all doing fine with out God, having given up on Him long ago.

While the series began with a winsome premise – this last week’s chapter was anything but charming.  It’s a quietly disturbing propaganda piece about life in the post-Christian era.

If you read a summary of the episodes, thus far, it reads like real people we know.  God knows I’ve walked down a few paths on which the characters are now treading! (See a summary: Last Tango in Halifax.)  But, last night’s episode took my breath away.

They do terrible things to themselves and to each other! I have grown to care about all these people – and what they get themselves into – their pain is so credible.

It’s what life looks like, when people do what is right in their own eyes – and the depravity seems harmless enough at first.

Okay – if you are still reading after that word, let me hasten to say, I have loved this show!  Would that I felt so deeply for the real people God has placed so directly in my path.

I am in Chapter 3 of Exodus.  (Bible Study . . . Again) It’s where God commissioned Moses to go to the Israelites first, and tell them God is real, with eyes, ears, and a heart. (Exodus 3:6-7) Then, Moses would get to carry this message to Pharaoh.  Moses was not on board with this plan, however, having made a good life for himself and family in Midian. I can so relate to his hedging!

Too often, I don’t want to unplug from well-done propaganda that says, everybody is doing just fine without God. I look at this story, Last Tango in Halifax, and I can see people are hurting! Habits, hurts and hang-ups can make us crazy, mean or stupid.

But who wants to be a messenger with God’s remedy?  I so get why Moses wanted someone else to go!

And that means killing off everything connected with that way of death: sexual promiscuity, impurity, lust, doing whatever you feel like whenever you feel like it, and grabbing whatever attracts your fancy . . . It wasn’t long ago that you were doing all that stuff and not knowing any better. But you know better now, so make sure it’s all gone for good: bad temper, irritability, meanness, profanity, dirty talk. (Colossians 3:5-8)

Alas, I regret unplugging from so well-written and acted a production, that misrepresents the truth.

"The Devil isn't as conspicuous in society as he once was, Scalia said, because "he got wilier" and now advances his agenda by "getting people not to believe in him or in God."
Current Thoughts worth Pondering: Justice Scalia on the Devil and God, among other topics.

Helping Each Other Out of Our Grave Clothes

Posted by bwsmith at 4:15 PM No comments:

Email ThisBlogThis!Share to TwitterShare to FacebookShare to Pinterest
Labels: slidding of courage