Memo to Self :
That is amazing is an expression that has lost its power to convey astonishment.
Amazing means an action or idea that causes wonder or surprise.
The judges on American Idol say they are amazed at contestants and their performances even when they know how hard the hopefuls have worked to get to their shot at stardom. What amazed me on the recent series was how far a talented singer was able to advance before his notoriety was uncovered.  Now that surprised me – and made me wonder about the impossibility of knowing people with whom we interact and admire.
On the TV show, I decided I liked the performer based on a few minutes here and there on camera – he has a rich baritone and sang well; his reactions convinced me he was the real deal. What I thought was the real deal was a young man who was overcoming adversity. And he was! Alas, he had some problems that weighed him down and disqualified him from rising above in this venue. I also liked another performer, whose own parents divulged her secret: sloppiness. Subsequently, every time I see her, I imagine what her dressing room must look like.
I make just as questionable decisions about people everyday – based on what they look like, how they sound, etc.  I pigeonhole people. Sometimes I am wise to do so; often I am not.

Right now I am reading BLOODLINES: Race, Cross and the Christian by John Piper. It is an understatement to say his personal revelations hurt, and remind me of thoughts and expressions I have indulged.  This comes immediately after reading In the Garden of the Beast: Love, Terror and an American Family in Hitler’s Berlin. by Erik Larson.
We still live in times as pre- and post- WWII – times when we still are prone to call evil good:
·      just as Martha Dodd and many other Americans excused and ignored the excesses as Hitler rose to power
·      just as I have excused or ignored racism’s stain within me, or throughout America’s history and character.
And we are just as prone to call good, evil. For instance, many think it is evil to inform women about what an abortion is. For example, Gary Trudeau’s Doonesbury waded into the debate here in Texas about sonograms, skewering those who want informed consent.
·      Is it an evil informing women about what the surgery entails they request? Or is it good to know what will be surgically removed?
In the 1930’s too many Americans did not want to know what Hitler’s rise to power cost; in the 1940’s, ‘50’s and ‘60’s we did not want to think about what segregation meant, really.  And now we don’t want to address who pays what for an abortion.
These two books show me how poorly I know and have understood history, culture and myself. And I am amazed. 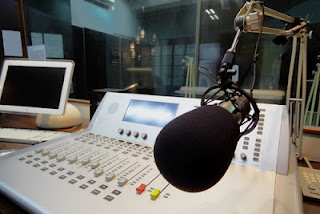