The tiny than tinier seed whose name is a mouthful, Rudbeckia hirta, sprouted. Well, some of them did. I planted thirty-six starter plants, and at least six of them waved at me this morning when I went to water them. Well, they didn’t really wave.  They are still too minuscule to have much personality.  But the dots of fresh green amongst dark brown is as pleasing as a wave, and a testimony I did not drown them.

Watering teeny, tiny seeds in those diminutive composition flats is tricky. A spray bottle’s application is safer but slower; the watering can is faster – but if I don’t water carefully, I can flood the flats. I flooded a few compartments this past week. The spray bottle was empty, and the watering can was full; so, I used what was easiest on a hot evening – a recently filled watering can.

Sometimes – too often – that’s how I talk to people. Emotion or fatigue or something wells up in me, and I flood an unsuspecting soul with my words, because it is easier. Full of myself, I will answer loudly, in exasperation; or, I will mutter a caustic remark.

And I am really bad with customer service operators.

For someone who says she believes in the fruit of the spirit, when I am trying to settle a bill or other service problem an eavesdropper would be hard-pressed to hear kernels of kindness. Frustration can culminate  in disrespect  – and I speak as I would never wish to be addressed.

Harsh words to strangers (to anyone) can become stumbling blocks. Mahatma Gandhi once declared  he was impressed with Christ, but not with Christians:  “I like your Christ. I do not like your Christians. Your Christians are so unlike your Christ.”   Apparently,  a churchman in a South African church had barred Mr. Gandhi from entering the church, and used intemperate speech, and he remembered the insult.  Why do I “forget” that my words to an unseen person may inflict life-changing harm?

Speaking to someone thousands of miles from me is a feat of communication that Paul or John could not have envisioned. Instead being filled with  awe that God has provided me such a venue to be His ambassador, I have too often blown the occasion, flooding the flats of another person’s soul, when I could have taken the time, “refilled” with the Holy Spirit, and misted their hearts’ soil.

The comfort and blessing of God’s word are that my Advocate not only defends me before my accuser but He pleads my case, and paid my court costs before I understood their magnitude. (1 John 1:9-10) The mercy is He did not treat me as I deserved. (Psalm 103) And therefore, because of Him, I can treat others with forbearance, kindness and respect. So, making sure the spray bottle is filled, before I water those tender sprouts next time – I pray God reminds me the mission field may just be the next service call I must make!
Posted by bwsmith at 9:50 AM No comments:

Sydney Eddison, gardener and author,  observed, “Gardens are a form of autobiography,” and I see a comparison between my gardening adventures and my life.  In Maryland I knew what I wanted to plant, but I didn’t always bother with a few important details of how to make the plants flourish. Sometimes, I put the flowers in an inhospitable location – like the year I planted Black-eyed Susans.  I didn’t have so much luck growing them in Maryland. I made some basic gardening mistakes the time I tried. I  didn’t transplant the containers of flowers deep enough into prepared soil. I chose a part of the garden that didn’t get as much sustained sunlight, and the soil was too sandy to retain water, and I did not divide them at the end of the season or deadhead expired blooms.

So, they did not flourish or bloom again.

But,  as grim a reflection of my gardening skills (and character defects) that  my gardens sometimes show, they are happy reminders that God redeems what I count as losses.  He shows me that ignorant enthusiasm can be harnessed, and redirected. And the mystery of life is grander than my blunders. However, as I now read more carefully the directions jammed in the plant pots, I make sure where I plant plants corresponds with what is labeled with bright yellow or purple suns.  By building on what I am learning, I am not killing so many plants. Except for the pineapple sage I just planted in the wrong place.

Now, I am hoping I had time to add some Maryland color in our Texas garden.  Starting some Black-eyed Susans from seeds, yesterday, I knew I was late . . . two months late. They’re  wild flowers, one of the most common, so I am hoping the seeds I just committed to starter containers will not be temperamental.

Reading the directions on the packet, I learned the seeds, smaller than poppy seeds, need sun to germinate. And I needed to press them ever so slightly into the soil without covering them up. Teeny-tiny black seeds are hard to see against dark brown potting soil, and figuring out how much pressure presses a minuscule seed no deeper than one-eighth of an inch were challenges,  so late in yesterday’s 100+ degree heat.

Now, I am nervous, wondering how hard I pushed those seeds down – if the spot is too sunny, too hot, or too dry – or if I started too late? I really would like to see them sprout. If they emerge, I will have a perennial reminder of Maryland for they are the state flower of Maryland – and another page in my autobiography.
Posted by bwsmith at 5:05 PM No comments:

This is the new home for H.A.D.D. Please visit!

Worms are many and varied; some are helpful – the slimy, slinky ones, that is. Others are not – like the one that invaded my computer. Suddenly I found my browser going to strange internet sites. Doug spent two days and nights trying to root the “critter” out. This meant I was unable to complete my preparation for guiding a discussion group, “Having Difficult Conversations: Living out your calling as a peacemaker.” (Matthew 5:9)

This little class is a passion on mine – helping Christians rein in the power of conflict in their relationships.  Conflict is a difference of opinion or purpose that frustrates someone’s goals or desires. (_The Peacemaker_ , Ken Sande, p. 29) And I was in conflict with my computer! When I calmed down, and realized the reality that no computer was what it was – and nothing but patience and perseverance would root out the invader,  I thought about the great metaphor this setback was for the trouble conflict often creates.

Conflict, like stress, is not always bad; it can motivate creative thinking; it can be a great teacher – showing us things we would never learn otherwise. Yet unresolved conflict splits apart people – wrecking relationships and churches.  I believe we can do better, but we often do not – because what we want gets in the way of resolving and reconciling conflicts.

Conflict erupts, and we often cannot see why or how we clash with another; another person and I differ, and this is frustrating an idea, emotion or need I feel deeply. And like that computer worm took me places on the internet I didn’t want to go, conflict also takes me where I don’t want to go. James did a great job describing the wormy places that unreconciled conflict can lead me – and why:


“Where do you think all these appalling wars and quarrels come from? Do you think they         just happen? Think again. They come about because you want your own way, and fight for it deep inside yourselves. You lust for what you don't have and are willing to kill to get it. You want what isn't yours and will risk violence to get your hands on it. You wouldn't think of just asking God for it, would you?  And why not? Because you know you'd be asking for what you have no right to. You're spoiled children, each wanting your own way.” (James 4:1-3, The Message, emphasis added)


I needed outside help conquering the computer worm; it took time and skill. How much more do I need help in rooting out the causes of conflict in my heart and in the relationships God established! God is great “tech support” in unresolved conflict – He is the only one who knows the depth and breath of the infection. (Jeremiah 17:9-10) And He is the only help who can diagnose and heal all the worm holes my pride and self-centeredness dug. (Psalm 107:20-21; Isaiah 53:5; Jeremiah 17:14) He is the only reliable shield against the viruses infecting our hearts. (Psalm 18:30)

And for what it is worth, He answered my prayers, helping Doug; the computer works for now – though that worm may still wreak havoc – again a picture of the dangers unresolved conflict creates! (Hebrews 12:15-16)


Image Source
Posted by bwsmith at 11:40 AM No comments: 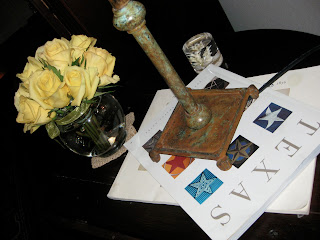 Walking past a large room in an assisted living facility, I saw an old woman yelling at the nursing aid to give her back her empty food cup; the yelling escalated into reaching and grabbing – and became an anguished tantrum. As I walked along a corridor and saw women and a few men, seated in wheel chairs, lining the nurses’ station – waiting – dread nagged at my mind.

If God grants me life, how could I live if this is the path He designs?

Christ said we would have tribulation in this world; growing older and watching others age, and others approaching the end of their days I see trouble comes in many more costumes then I imagined.  (John 16:33)

Visiting with an uncle and aunt this weekend reconfirmed that brass in the golden years is the major problem my mother attested that it was. They both live in assisted living communities;  though separated by 80 miles, their experiences have many similarities.  Loneliness, decrepitness, and dependence punctuate the challenges of growing old, making old age no place for sissies. Old age demands humor, courage and  grace; it needs others’ forbearance,  even the kindnesses of strangers.

The Lord told Peter as much:


“‘I tell you the truth, when you were younger you dressed yourself and went where you wanted; but when you are old you will stretch out your hands, and someone else will dress you and lead you where you do not want to go.’ Jesus said this to indicate the kind of death by which Peter would glorify God.” (John 21:18-19)


We think Peter was crucified, upside down, perhaps during Nero’s brutal persecution of Christians in 67 A.D. But, the Lord’s prophecy resonates when we see how age and infirmity can rob us of strength and ability.  Maybe I will need help in ways for which I can’t imagine asking; maybe I won’t even be able to ask!

How can I uncoil fear’s icy fingers from my heart?  By doing today, what I might not be able to do tomorrow – Remember God now – “. . . before the years take their toll and . . . the winter years keep you close to the fire.” ( Ecclesiastes 12:1-7)

Remember God and walk – by faith that:


He energizes those who get tired, gives fresh strength to dropouts.
For even young people tire and drop out,
young folk in their prime stumble and fall.
But those who wait upon GOD get fresh strength.
They spread their wings and soar like eagles,
They run and don't get tired, they walk and don't lag behind. (Isaiah  40:29-31)


This morning I sang with the Brooklyn Tabernacle Choir – maybe you will join in?

When My Strength Was All Gone
When My Heart Had No Song
Still In Love He's Proved Faithful To Me . . .