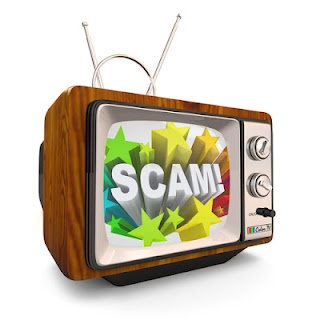 As world, national and local TV devolves, I switched to watching cooking, travel and home improvement shows. (Or, my brother-in-law urges watching the golf channel.) Heretofore, the home shows or cooking shows were a respite from 24/7 cable news of the reality of a world going its own way. But too few cooks are truthful about the caloric cost of their creations. (Or, how many hours of exercise their tasty treat will cost!) And now, HGTV’s House Hunter’s has been revealed as a hoax!  It seems the productions are filled with as much hooey as some newscasters I’ve stopped watching. (Info.)

Truth be told, though, I am just as likely to cut corners -- prevaricate – and obfuscate stuff as all the entertainment and news producers may do; smoke and mirrors aren’t limited   to magicians. Writing as a daily routine reveals my penchant to put myself in the best possible light.

My friend Solomon was quicker at spotting man’s pretenses than I am – which is why Ecclesiastes is a handy personal compass in these uncertain times – when so much is not as it seems, and nobody seems embarrassed or contrite about getting caught behaving badly – myself included.

Recently, I’ve been reading through Psalms – words of worship written through all kinds of times – Solomon knew these songs. Maybe their wisdom goaded him to conclude Ecclesiastes as he did: Don’t waste any opportunity to know and grow up in God, before you grow old and can’t. (Ecclesiastes 12)
Posted by bwsmith at 9:11 AM No comments: 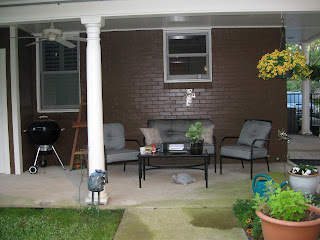 Summer is sending her calling card: though her formal arrival is a few days off, today the forecast is for triple digits – but a persistent breeze keeps the mosquitoes from lighting.

Our porch remains a favorite perch from which I can survey the early morning. Its calm is sometimes broken by noise of traffic and bi-weekly garbage trucks that rumble through the adjoining alley.  I can see its top as it pauses, and then I wondered about the men who man it.  What would (my) life be like if he were not there – or if the soul(s) who organized its collection and dispatch had not imagined its management?  (More info)

Mornings on the porch are a good time to recall how large my debts are to so many people. But, with these recollections comes the awareness how limited is my ability to repay the debt.

So, I opened the gate and thanked the young worker – I think we both surprised each other.

·      We often take for granted the very things that most deserve our gratitude. (~Cynthia Ozick)

No, this is not the best of all possible worlds.   But today, so far, this is a wide place in worrisome times. Today the heat index will be high  -- perhaps reaching 110 degrees. Another Texas summer is arriving. God willing I will enjoy eight to ten more weeks of such blasts.  Whew.

And God willing, I will remember innumerable kindnesses and comforts, and open my mouth in praise for the God who sees, hears, loves and rules.  (Isaiah 53)

·      There is no such thing as gratitude unexpressed.  If it is unexpressed, it is plain, old-fashioned ingratitude.  (~ Robert Brault )
Posted by bwsmith at 11:02 AM No comments:

So Simple a Child Could Do It 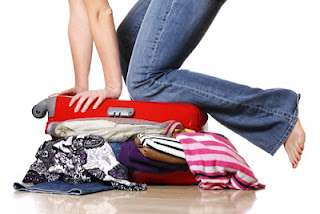 Good packing requires adept projection, confidence that the destination has laundry capability and drugstores, and a willingness to wear (unsoiled) clothes more than once.   Such packing is an art form I’ve never mastered – although I have improved.  Unfortunately, unpacking in Maryland, I realized I packed too much of some items and forgot one or two essentials. Unpacking now in Texas, I see clearly I overestimated the time I could have had to read, wear dress slacks and put on make-up – and I forgot my daughter does have a washing machine and dryer that is operational 24/7!

When I arrived in Maryland two weeks ago, I arrived with a new suitcase held together with packing tape. One zipper on an outside compartment failed as I stuffed in a pair of shoes; its twin failed in the check-in line at Southwest at Love Field, temperature 95 degrees, when I wanted to added just one little old shift. Clearly, I added one item too many. But it was not over limit. However on the return trip, the replacement lighter weight suitcase weighed three pounds over the 50 pound limit, and for that I paid a whopping $50!

Go figure – so much for agreeing to put all the dirty clothes in my bag.

We had ten days caring for our grandchildren – and these days flashed by with hugs, giggles, a few tears – and grubby faces, feet and fingers.  I didn’t pack enough get-up-and-go, and clearly ran out of strength.   But, friends of the family stepped up and provided hands-on help – and their kindness gave welcome breathing space and loving diversions when longing for mommy and daddy threatened tiny hearts.

And I came home with way more than three pounds of love, joy and delight.  To see the loving bonds between our kids and their kids is a weighty treasure, and have any part in the happy milieu of both families is glorious!  I am so glad that can’t be measured – or taxed!
Posted by bwsmith at 12:11 PM 1 comment: 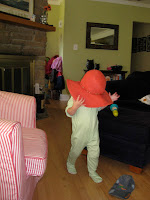 These past several days I’ve watched three children master the words they are acquiring – communicating and inquiring distinctly, often as I struggle to find the word I know should come next in the thoughts I wish to convey.  Searching for just the right word in the middle of a conversation with a curious child is a humbling run into the joys of maturity.

Case in point:  One child yells; I did not see the provocation. The other child has no clue why. So, I say it is unkind to provoke another person to anger.  Then I try to define provoke . . . Good luck, Mimi.

Another example: I say washing machine and mean dishwasher, and visa versa.

And I kept calling the baby by her older sister’s name.

On top of all my word worries, technology in my daughter’s home taunted me.  The dishwasher has a control lock system that only responds to Doug’s tap. It will not turn on for me. Doug said it needed a lawyer’s touch. And the television-DVD system required a training session and instructions on a legal pad, to which both of us referred frequently.  Finally, the rental car has an anti-theft locking system that was an unexpected surprise, and kept both Doug and a neighbor, who works on cars, and me busy for 30 minutes. Not that I am gloating – but I finally unlocked the sucker.

So . . . this is the day that the Lord has made; I do rejoice and am glad in it.  I am tuckered out, but in a good way. I am just happy to have had these crazy busy days. On to lunch with the youngest grandchild and his folks!