Grandchildren in the Garden!

The best view of our garden now is not the hardy flowers, but the flashes of small people darting here and there, coloring the concrete, creating art with duct tape, and dashing through the sprinklers.

Posted by bwsmith at 9:07 AM No comments: 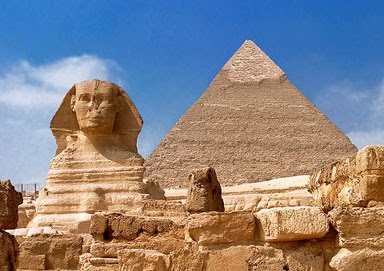 
An Afterthought -- Christians may not be able to change their sexual orientation, but we can and do change our conduct.
Posted by bwsmith at 12:47 AM No comments:

Or, I wanted something tasty, but couldn't face the grocery store.

So, I sautéed onions and garlic in an oil mixture -- olive, canola and grapeseed. (Bought right after I found out canola isn’t the Florence Nightingale I thought it was.)

Then I browned boned skinned chicken breasts, salting and peppering them too lightly according to Doug – I needed a heavier hand. But I threw in a heavy dollop of butter – because Julia Child said everything is better with butter.

Next, I added chopped green chilies, black beans, (1 can) cooked basmati rice (1 cup) and chorizo. I topped it off with fresh sliced cherry tomatoes – maybe 12-18. I added half a bag of frozen corn and the remains of some frozen mixed vegetables.  I covered it and stuck it in the oven (350) for maybe ½ hour.

I served it with bib lettuce topped with fresh avocado, pine nuts, and croutons. (or Krut-tons) I used a balsamic vinaigrette dressing – not the greatest companion taste choice.

It reminded me of a dish my mother made, and one my daughter sometimes make.  A loaf of yummy crusty bread and lots of butter might be a tasty companion, too.

Maybe it will be punchier after a spell in the refridge over night – Doug added a splash of habanera sauce to his.  He asked if I thought I could recreate it at some point – that’s why I took a picture of it and then wrote down what I think I did.

I am just not sure what spices I would add, if I made it again – maybe I would use a cup or so of salsa? I might even add some shrimp and call it a Maryland-Tex Paella?

·      “Every idea is my last. I feel sure of it. So, I try to do the best with each as it comes and that's where my responsibility ends. But I just don't wait for ideas. I look for them. Constantly. And if I don't use the ideas that I find, they're going to quit showing up.” ― Peg Bracken

·      Recipe: A series of step-by-step instructions for preparing ingredients you forgot to buy, in utensils you don't own, to make a dish the dog wouldn't eat. ~Author Unknown

The last recipe I thought I was concocting from memory turned out quite  differently than I anticipated – I was making lentil soup, and after sautéing onions, garlic and carrots, I added the lentils, and what I thought was chicken stock. Turns out I grabbed the wrong box from the cupboard, and added black been soup. But because I added German summer sausage from a German deli, it was a “keeper.”