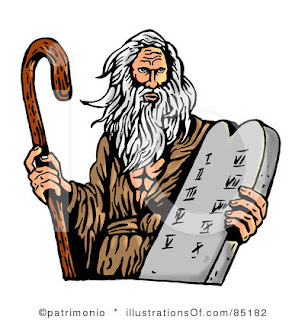 Autumn nears – and I will return to a group of women to study the Bible; this year it’s Exodus. And I am rereading The Gospel According to Moses, by Athol Dickson. All during a time when ancient countries like Egypt, Syria and Israel are current events.

For many years, I thought I knew what Exodus was about because I had seen the Charlton Heston version. When I finally read the book, and moved beyond the flannelgraph story, I learned the connection between Passover and Communion. (No kidding, even though I was “churched,” I had missed the part about why blood, and not wine, is central to relating to God. Hebrews 9:22)

I learned about Israel’s attraction to idols, even in the midst of God’s miracles and Law. They had seen and heard God’s power; they knew what He required – and they still wanted to worship gods of their own imagination – a persistent problem that plagued the Israelites.

And I have learned their problem and mine are quite alike:  I am prone to whine and wander!  Knowing what Scripture says – and does not say – is so important – but sometimes I feel like the Israelites: Manna again?  (So, You Wanna Go Back to Egypt?)

So, why study what I think I know?

First – because I can. I have the right to learn about my religion. Years ago we met Egyptian Christians studying how we taught English in high schools in the United States, and they were flabbergasted that with all our freedom of religion here, we did not take advantage of it in sharing our faith.

Second – because, again, I can. I still have my wits about me, and the wherewithal to take some time and study what God did, so that I might understand what He is doing. Moreover, I might be able to encourage or be encouraged by other desert-trekkers.  A kind, edifying word can be as refreshing as a cup of cold water.

Third – because I still usually prefer my own way – and I don’t have another forty years to wander in deserts of my own making. (Isaiah 65:2)

But, fourth – I still have questions. And Moses questioned God. Athol Dickson described why some abandon faith:

“ . . . I abandoned my faith because t seemed I had no right to question difficulties, much less expect answers. I had been taught to accept ready made-dogma rather than to personally take my doubts to God.
. . . God loves a good question.”  (The Gospel According to Moses, p. 17)

Exodus isn’t only about supernatural acts, or commandments that are impossible to keep; it is about real people – whose desert trek to worship their God turned into something nobody anticipated. All of which raises questions.

So  – I am approaching the study in Exodus, thinking what it must have been like for an “older” woman to leave Egypt, not knowing if she will get to the Promised Land.   Real women had been enslaved in Egypt – they suffered, because of injustice and oppression; because of persecution and personal failure – women contributed their gold for the making of that abominable calf! (Exodus 32)  They whined, complained, and longed for the good old days, right along with their men – teaching their daughters and sons very poor lessons.