Living in a Brave New World


Chilly, constant downpours did not dissuade us; we forged into Washington and to the Smithsonian’ Natural History Museum, in the company of children and grandchildren.  Wanting to share my memories of the towering preserved African elephant in the main rotunda spurred me on – so did the remembrances of the suspended whale in an adjacent exhibition. 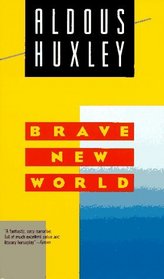 We arrived close to lunchtime, and so did a vast crowd of diverse groups of people – English was not the predominant language I heard. I had braced myself for crowds, but the volume of visitors flabbergasted me – they exceeded the number I remember from spring field trips to the museum with the kids. Whatever the capacity of that museum is – it appeared the numbers of people exceeded it by 15%!
Few security guards were on duty – and the ones who did security checks at one entrance were harried – distracted. Information stations were unmanned. It wasn’t Bedlam – solely by the grace of God. But it sure seemed close to it!
The crush of people – and the potential for problems – tested the limits of my self-control, so I would not panic and generate problems. But, I was not the only one who was somewhat panicky. Keeping one eye on the exhibits, and one wary eye on the potential crush of humanity ebbing and flowing about me. I paused before displays and then moved, lest I lose sight of companions and grandchildren who longed to roam freely in the milling crowds.
We saw only a portion of the exhibitions – and had little prospect of reading the descriptions or explanations. In some ways this was a mercy, for of all the exhibits we saw, the message was evolution, evolution, and evolution. And just in case we missed that message: evolution rules!  One would think evolution is an irrefutable fact.
I am not well versed in scientific knowledge but I know enough to recognize a party line.  No where in the displays did I see any discussion of the history or diversity of different scientific worldviews.  Although the folks who set the agenda for a display on race took great pains to celebrate the diversity in the human race that unites us, they see no value, apparently, in the diversity of opinion in science on the natural world that defines us.  (Religion and Science article) So much for letting people study and explore, and come to their own conclusions.
What I remember – from my childhood, more than a half century ago, wandering the exhibits, was exploration and examination – displays that introduced me to wonders I had never seen, casing me to think about how enormously multifaceted the world and universe are – long before I believed an infinite, personal God created it all.
Including even one exhibit on the correlation of religious faith (from ALL the world’s religions) and scientific inquiry might have revealed an organizing principle that propelled man to understand and harness the power of creation.   But, no. Yesterday’s reality check showed man’s determination to place to ride roughshod over evidence and unanswered questions with his own opinion.
. . . Carl Sagan, the atheist, once said "If we can get only one intelligent message from outer space we'll know there is intelligent life out there." Here’s the funny thing: when the archaeologist goes into a cave and sees some scratches on the wall, he determines an intelligent mind has been there. We have 600,000 pages of digital information in one strand of DNA and there are actually people who want to say there was no intelligent source to it? (Are Christians Anti-Science?)
Describing the influence of faith on scientific inquiry is not an establishment of religion. Relating what men and women of faith discovered about the natural world is not forcing the faith of the scientists on the visitors who willingly came to a public facility.  The government and benefactors of the Museum of Natural History  don’t agree.  The organizing principle of the Smithsonian museum was for the “increase and diffusion of knowledge.” Yet, in practice, the museum has become a sprawling purveyor of politically correct thinking – and on my dime!
"It isn't only art that's incompatible with happiness; it's also science. Science is dangerous; we have to keep it most carefully chained and muzzled." Brave New World.
Posted by bwsmith at 10:54 AM