The Cost of Our Conduct

My generation – the Boomers – made “Free Love” a more widely acceptable decision in times convulsed by war and racial strife.  It seemed to many an antidote that would give peace a chance.  Without the constraints of marriage and commitment, we could fulfill ourselves and become better people. 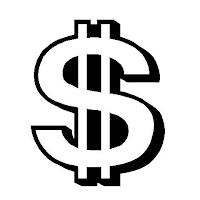 But we did not understand the cost – to our economy. Leaving aside for the moment the emotional and physical cost of “free love” Americans have paid since the mid sixties, consider, please, statistical evidence that   sex outside the bounds of marriage has become a threatening part of our debt crises.
Mona Chareon ‘s recent column reported the following familiar statistics:

In 1970, 85.2 percent of children under 18 lived in a two-parent family. In 2005, it was 68.3 percent and dropping. Forty percent of births in America are to unwed parents. Broken down by ethnic group, the figures are 30 percent among whites, 50 percent for Hispanics and 70 percent for blacks.
Single mothers (and occasionally fathers) find it much more difficult to be the kind of autonomous, self-supporting individuals that our system of government was designed for. Single parents turn to the government for assistance in dozens of ways. Pearlstein cites economist Benjamin Scafidi, who has offered a rough calculation of how much family breakdown costs American taxpayers annually. Scafidi considered TANF (Temporary Assistance to Needy Families), Food Stamps, housing assistance, Medicaid, S-Chip, child welfare services, justice system costs, WIC, LIHEAP (Low Income Home Energy Assistance Program), Head Start, school breakfast and lunch programs, and foregone tax receipts. The annual bill to taxpayers: $112 billion.
Imagine if even one-twentieth of the attention we devote to gay marriage were turned to the state of heterosexual marriage -- we might begin to see the true emergency.  (Mona Chareon's Column)

And this information does not include the economic and human cost of AIDS and other sexually transmitted diseases. Nor, does it address the bloody cost of abortion: almost fifty million unborn children a year since 1972.
“If it feels good do it” wasn’t so inconsequential a choice.  Our personal choices have racked up quite a debt – threatening to crash the US economy – and far more.  From what did we free ourselves? And to what have we enslaved ourselves?
God warned about the cost of the freedom His people would demand, and this ancient warning sounds contemporary:

But if you refuse to obey me and won't observe my commandments, despising my decrees and holding my laws in contempt by your disobedience, making a shambles of my covenant, I’ll step in and pour on the trouble: debilitating disease, high fevers, blindness, your life leaking out bit by bit. You'll plant seed but your enemies will eat the crops.   I'll turn my back on you and stand by while your enemies defeat you. People who hate you will govern you. You'll run scared even when there's no one chasing you . . .  (Lev 26:14-39 from THE MESSAGE.)

His offer of deliverance is as timely:

If I ever shut off the supply of rain from the skies or order the locusts to eat the crops or send a plague on my people, and my people, my God-defined people, respond by humbling themselves, praying, seeking my presence, and turning their backs on their wicked lives, I'll be there ready for you: I'll listen from heaven, forgive their sins, and restore their land to health.
(2 Chronicles 7:14 from THE MESSAGE;  also see Isaiah 1:18-19; Lev 26:40-46)

Now,  a humble word to the wise: Take all the time you need-- but hurry up:

Defer not till tomorrow to be wise,
Tomorrow's sun to thee may never rise.
William Congreve. 1670-1729. Letter to Cobham.(From Christians Quoting)