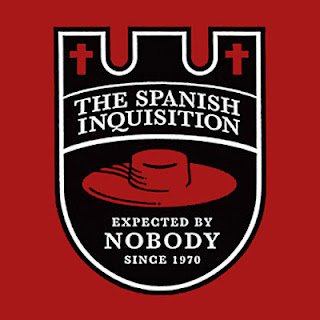 We are still hampered by ice and cold – as news reports detail riots in Egypt, demonstrations in Yemen, and a cyclone in Australia. I watch on TV in comfort and relative safety. The end of the world hardly seems probable – but we are twenty-four hours closer to it than we were yesterday.

I grew up amidst fears of a nuclear holocaust; “On the Beach” was a movie that haunted my imagination for decades – until all the players who had bombs seemed to learn how to play together. But now new players have joined the game – and I have begun to think a bit more about how quickly life could change – or end.

Have you considered from how much you have been shielded – just today? Each day I am stunned!

Over centuries, floods, hurricanes, earthquakes and man-made cataclysms have destroyed millions upon millions of souls. Christ described two times that people were caught unaware – in the days of Noah and in the days of Lot when disasters destroyed them all. (Luke 17:26-29) Our hope is God, who knows how to rescue us! (2 Peter 2:6-7)

Some people lived through the holocaust, the bombings of Dresden and Hiroshima; some survived the 2005 tsunami, and 9-11. But His plan of a rescue doesn’t mean my life won’t change, though my life is spared. In the 6th century BC, when the Babylonians marched the women of Zion into captivity they lived through a horrific siege – never to participate in Temple worship again.

When Isaiah saw the coming Babylonian exile, he urged the people to look away from disaster and consider God:


And He will be the stability of your times,
A wealth of salvation, wisdom and knowledge;
The fear of the LORD is his treasure.
(Isaiah 33:6)


Recent news has reminded me of “Fire and Ice” – a poem by Robert Frost, who pondering the end of the world, wondered whether it would be preferable to die by fire or ice – passion or hate?

When my world is upended, it doesn’t matter how I will die – how shall I then live?

Noah and Lot did not expect a flood or a firestorm; yet, in their own ways were preachers of righteousness in a world very much like our own – though our sin seems on steroids! The women who were marched to Babylon didn’t expect that would happen in their lifetime. But they kept their faith in the coming blood sacrifice.(Isaiah 53) And they trained up the generation who went back to Jerusalem, rebuilding the walls and eventually the Temple.

Tomorrow when I open the papers, the news may be as unexpected as street riots in Egypt, the 1933 hurricane that reshaped waterfront property in Annapolis, or the planes that hit the Towers and the Pentagon on 9-11. Or, I may get unwanted news about loved ones or my own health.

How shall I then live?

Image Source
Posted by bwsmith at 12:32 AM

Great post, Barb,
I do so remember the Isaiah verse: He shall be the stability of your times. The Word will never diminish in its power and message.