Have You Seen a Five-Legged Dog Recently?

I don’t know when or why he said it – context can be crucial. However, its common sense quotient is refreshing:
How many legs does a dog have if you call the tail a leg?  Four.  Calling a tail a leg doesn't make it a leg.  ~Abraham Lincoln 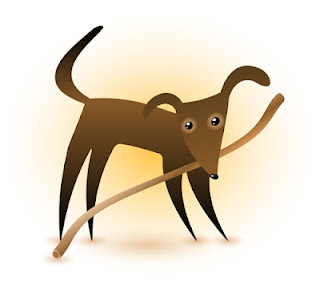 Just because [they] say it doesn’t make it so, has been a handle I used to evaluate the accusations and excuses an alcoholic  I know once made – but it’s one I forget to apply when I hear talking heads pontificate about pornography.
We could defuse arguments about pornography by depicting Christians who object to its uses as puritans: You know, people who are haunted by the fear that someone somewhere is having fun.  Or, we could agree with Garrison Keillor  when he described his ancestors, Puritans from England, [who] came here in 1648 in the hope of finding greater restrictions than were permissible under English law at that time.  But even secularists aren’t laughing so much about the cultural fall-out from everybody – including young kids --  being one-click away from hard-core material!
Some may see access to pornography as their their Constitutional right; others see it as an industry rich enough to help wipe out the US debt, and deadly enough to ruin and destroy generations of people. One source states: Every second - $3,075.64 is being spent on pornography. Another source declares:
A growing body of research suggests that the habitual use of pornography—especially internet pornography—can damage people of all ages and both sexes, negatively impacting their relationships, productivity, and happiness, as well as their ability to function in society.
The debate over the growing dependence upon pornography could just be a debate secularist values versus religious  values. Religious citizens who call pornography a societal evil may seem to citizens whose values are secular as mistaken as those who would call a dog’s tale a leg. My worry however is what we are calling pornography within the Christian church.  (Audio link on a talk I gave on sexual purity )
Things haven’t gotten better in the three years since I prepared the teaching on 1 Thessalonians 4 & 5.  Nor have our excuses:
–      I need to know what the culture is saying or doing so I can be a better minister of the Gospel;
–      It is after all, art . . .
–      I am living a chaste life – abstaining from unbiblical sexual relations;
–      High school is R-rated;
–      I just want to know what my husband (or, boyfriend) is watching
–      It’s not hurting anyone but me;
–      I can handle this . . .
We can call our use of pornography a ministry tool, an aide to abstinence, the reality with which we all must live, or even a harmless pleasure we can manage. But the reasons we give for enjoying pornography don’t change its nature or power. Malcolm Muggeridege knew he couldn’t handle it:  How do I know pornography depraves and corrupts? It depraves and corrupts me.  (The power of pornography )
Calling it art is as silly as calling that dog’s tail a leg! That dog won’t hunt!   (What the Bible Says about Pornography )
Being “mature” is no more an immunization against pornography’s downward pull than innocence is a safeguard.  Clicking through the TV movie guide the other night, a jaw-dropping and graphic sidebar preview of the movie shocked me; I looked at it, and so burned an image in my mind that was not edifying.  But I didn’t open it. (That time)  Its thorny memory reminds me pausing on any slippery slope to enjoy a view isn’t safe or smart.
It is impossible to tell the full result of sin, just as it is impossible to tell which snowflake will cause an avalanche (The Daily Walk Bible)
Posted by bwsmith at 3:24 PM

Email ThisBlogThis!Share to TwitterShare to FacebookShare to Pinterest
Labels: addiction, living one day at a time, Serenity prayer, slidding of courage