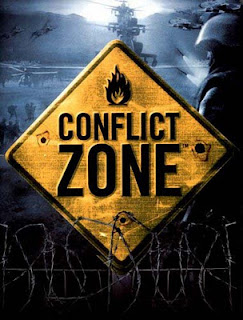 Some say our world will end in conflagration – perhaps nuclear. Others predict a watery death as the polar icecaps melt.  Other plausible theories include over-population and starvation.  A poet said the world would not end with a bang, but a whimper. (T.S. Eliot, “The Hollow Men”)  But in the scary warnings of “invisible” enemies threatening our health, how much is made of the visible persecution of Christians in Sudan and the Middle East – today?
Today, I am not so sure it’s the big stuff that will annihilate us. Stuff we can’t see may be fixing to do us in.  Europe – and maybe the USA – is facing an epidemic of a new strain of e-coli, and bedbugs have resurged, also immune to formerly successful treatments.  And our careless habits, the most prevalent purveyor.
How would that warning look on billboards across the nation?  “Repent! A microscopic bug is gonna get you!”  Hardly an admonition that would turn any one to seek God.
Yet, reading today’s headlines I remembered a lesson I prepared years ago for a Bible study on Isaiah. Preparing background for what happened to the Assyrian army encamped outside Jerusalem I cited some info from National Geographic's July '94 issue, which devoted quite a chilling spread to "viruses:"

. . . [M]inuscule, mysterious, microscopic genetic menaces that can invade most living things with deadly consequences. AIDS, polio, Lassa fever, influenza and the cold are potential killers of phenomenal ability. Each begins beyond the ability of the human eye to discern, and ends with consequences that are tragic to behold.

Could such a virus have swept through the Assyrian army encamped outside Jerusalem? We are not told HOW, but in Isaiah 37:36, the angel of the Lord moved through the Assyrian army and slew 185,000 soldiers (that is roughly 5 times the population of Annapolis, Maryland).
Herodotus records an Assyrian defeat occasioned by a plague of mice, which consumed the equipment of the army and left them helpless before their enemies. Such rodents are notorious carriers of disease and plague.
We don't know if this is what happened, but savor the humor and irony if the Lord chose to defeat the bellicose, belligerent Assyrians by letting a few mice loose among their soldiers! What a rebuke! They boasted of their "war machine" that overturned the gods of the nations in the Mesopotamia, and God took them with an invisible killer carried by furry critters. Could it be? Angels unleashing mice to conquer those who shake their fists at heaven!
Of all the conquests that Sennacherib took pains to detail in his "inscriptions," there is no account of his ever conquering Jerusalem - only that he received King Hezekiah's tribute by messenger in Nineveh.
I don’t know how the world as we know it might end. For too many today it will end violently – painfully – horribly, slaughtered by their fellow men and women who hate them.   May God protect us, not only from the invisible insurgents who take our health, but from the unseen and real enemy of God who means to destroy us.

Be of sober spirit, be on the alert. Your adversary, the devil, prowls about like a roaring lion, seeking someone to devour.   But resist him, firm in your faith, knowing that the same experiences of suffering are being accomplished by your brethren who are in the world. . . (1 Peter 5:8-11)