Telling the Truth While There is Time 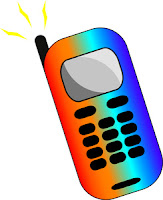 Last week he said he was hacked; he didn’t do it. This week, Rep. Anthony Weiner   broke down and said he did do it.  He takes full responsibility for sending compromising pictures of himself and thus harming others. He will not resign his public office however, because he doesn’t believe he broke the law.
We have invented technology to help us serve mankind but we use it  to sin deeply against each other and God.   We can take pictures while sinning – That’s something King David couldn’t do.  (2 Samuel 11)
Pornography and all that flows from it is a river as mighty as the Mississippi – a river that has churned up so much chaos in recent weeks. That river’s source appears tranquil, pristine. Its end into the Gulf of Mexico is often fraught with angry, muddy floods. So, too, the source of sex is good: God.  Sex is a good, and pure gift from God – never meant to be a source of shame, or pain.  But because we choose our own way, we use His gift selfishly. What was intended for procreation and pleasure is too often a source of death and grief, and a powerful moneymaker.
The psalmist urged God’s people, if they love God, hate evil. (Psalm 97:10) Strong language for a generation of Christians who are trying to appear non-judgmental and reasonable. But God’s bluntness shook David out of his denial. (2 Samuel 12, Psalm 51)
Watching Mr. Weiner, I ached for how I think he felt.  There is no satisfaction in seeing people fail. It was another warning to me. Not that I have done what the disgraced U.S. Congressmen, and others, have done with technology. But I have flirted with and courted dumb stuff – wrong stuff – that would leave me as humiliated if I were caught in the excuses (a.k.a lies) I wove to protect myself.
Confessing privately to God now how wrong I have been is a great privilege. Owning my full responsibility in the privacy is a great blessing. But being publicly humiliated  -- even in a smaller circle than a press conference – is a distinct probability for refusing to look at what I am doing wrong.    (2 Peter 4:17)

The important thing is to stop lying to yourself. A man who lies to himself, and believes his own lies, becomes unable to recognize truth, either in himself or in anyone else, and he ends up losing respect for himself as well as for others. When he has no respect for anyone, he can no longer love and, in order to divert himself, having no love in him he yields to his impulses, indulges in the lowest forms of pleasure, and behaves in the end like an animal, in satisfying his vices. And it all comes from lying- lying to others and to yourself. FYDOR DOSTOEVESKY, The Brothers Karamazov