The Cost of Our Choices – Clanging Cymbal Alert*

In 1941, President Franklin D. Roosevelt proclaimed four essential human freedoms in a speech to Congress: freedom of speech and expression, freedom of worship, freedom from want, and freedom from fear.  I remember understanding these freedoms through the sentimental – stirring paintings of Norman Rockwell. One of those paintings is all tied up with Thanksgiving – good food, good times shared with the family and good friends. 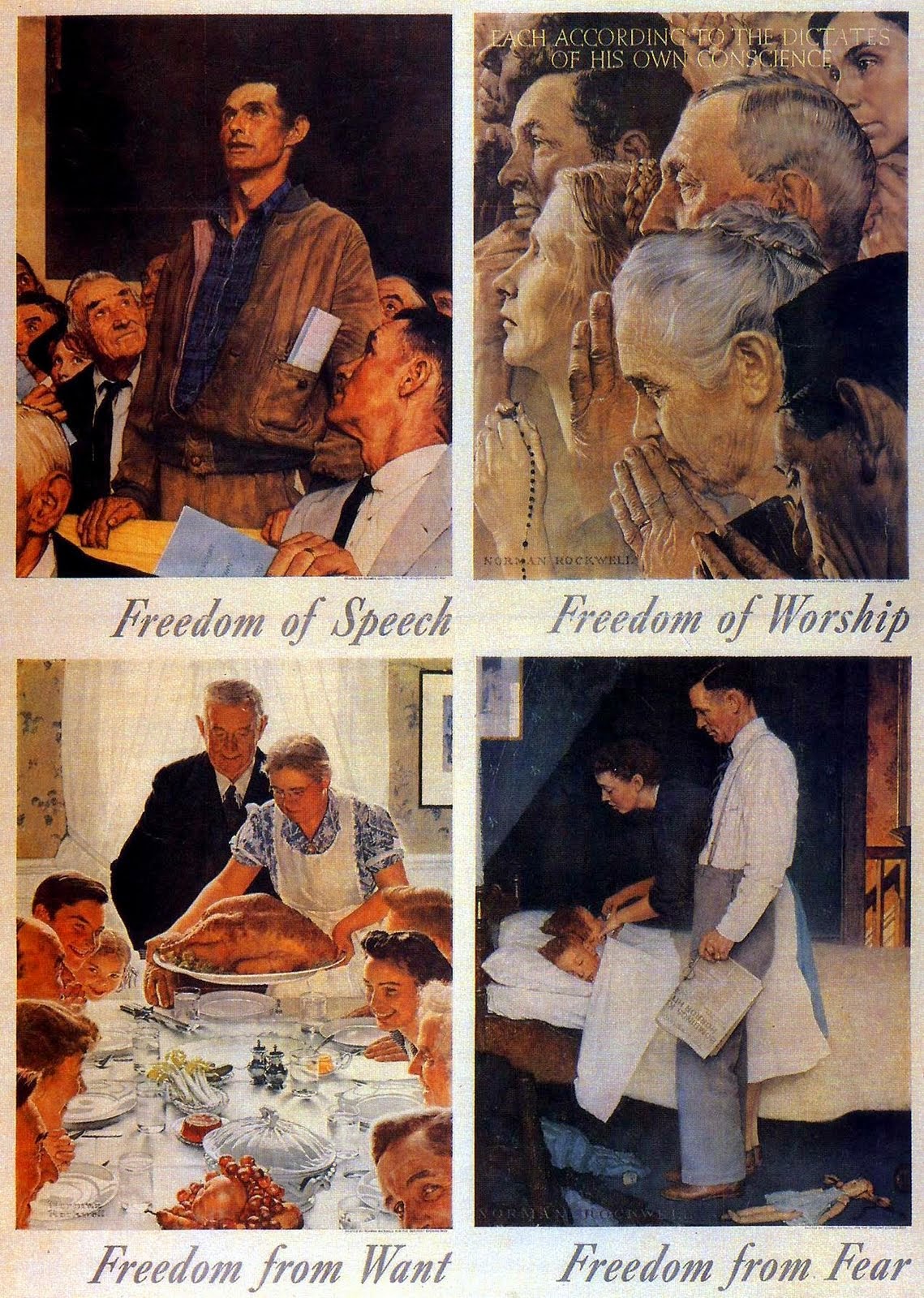 But, what’s been going on this November 24, and 25, 2014 in Ferguson Missouri, shows we aren’t as free from all those terrors – and some of us hurt and hunger – we aren’t as whistle clean as a Rockwell character. The good we could do, we don’t and the stupid mean stuff we should not do . . . well some of us are doing it! Ferguson isn’t a panorama of our nation’s troubles – but it is a sharper image of what still needs fixing.

What might the National Guard, who now protect these American properties from angry crowds, be thinking -- what memories are stirred, remembering maybe their own tours in Iraq or Afghanistan?

For a couple of hours – it sure seemed like war in Ferguson! Thanks to ever-ready cable news, we knew something big might come, and they were right there with the blow by blow.  And in just a couple of hours, people lost businesses and property – maybe even their self-confidence and resolve. No reason justifies the rioting – and no reason excuses mistreating the poor.

It’s been forty-six years since Dr. King was assassinated – over fifty since the first marches stirred many people to examine their consciences – and others to appalling violence.  Many people have fought and won hard battles – and others have behaved badly – or not at all.

I wish media folk would listen to men and women who can shed more light than heat on the deep divisions in our nation – and can inspire us to get off our collective rears and work for reconciliation and healing.  I hope you click through on the links and read the entirety of their wisdom and admonitions:

Martin Luther King, Jr., wrote, “We are caught in an inescapable network of mutuality, tied in a single garment of destiny. Whatever affects one directly affects all indirectly.” We are in this together. (Dr. Tony Evans on Ferguson Mo)

My sons have far more to fear from making bad choices than they have to fear from the police. Voddie Baucham is the pastor of preaching at Grace Family Baptist Church in Spring, Texas. (Thoughts on Ferguson)