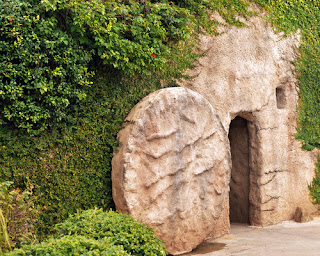 Both Bill Maher and Rush Limbaugh describe some constituencies as Low Information Voters; skewering people they think are poorly informed about many important issues.   Apparently, there really are voters who pigeonhole candidates and vote on assumptions such as candidates’ physical attractiveness, sex, race or how the names appeared on ballots.  And,

An analysis concerned with the "puzzling finding" that incumbent legislators in mature democracies charged with corruption are not commonly punished in elections found that less-informed voters were significantly more likely to vote for incumbents accused of corruption than were their better-informed counterparts, presumably because they did not know about the allegations. (Wiki on LIV’s)

I know I am guilty of having projected my aspirations for personal peace and affluence on candidates, some who could never nor, would ever deliver on all they promised.

If I could have been so uninformed about making political choices, how about other choices I’ve made? Like religion.

I am an American, and like 74% of my fellow citizens, I choose “Christian” as my religion. (The Pew Forum Reports) But what [all] Christians believe is not an easy pigeonhole into which to stuff us. If George Barna has accurately sampled us, we disagree on all kinds of things, especially on moral issues.  (Americans and Moral Concerns)  Perhaps this explains why a few prominent American Christians have changed their support for marriage as the union of a man and woman to the support of same sex-marriages?

Many American Christians of all stripes get the message Christ urged about compassion and social justice, and a commendable number practice the conviction that we must love our neighbors as ourselves.  What we might not get is practicing the first part of Christ’s summation of the Law: Love the Lord your God with all your heart, mind and strength. (Matthew 22:36-40)

And unhappily, some Christians who capture the world’s attention are, shall we say, “low-information” Christians. Either they promote God’s compassion, but play down His holiness, or, they wax eloquent on His Judgment, and forget to mention His merciful grace.  Both misuse the Scriptures – perhaps because they don’t read it. (What Americans Think About the Bible)
Low information Christians are unwittingly – or deliberately – denying others who would follow Christ a level path; they are refusing healing to those who need Christ’s help, and hope. (Hebrew 12:12)
So, if given a chance, we must explain that His love and mercy can’t be understood apart from His justice and His wrath.  The hard part about offering the love of God in Christ is that we must not withhold the truth -- the two-pronged truth that

·      God is holy.
·      Humans are broken and we need restoration to our right relationship to God and each other that only God gives – and – we can’t keep indulging the sinful conduct that separated us from Him. Or approve others who do.

Easter is a great opportunity to pass on the information:  remember the power that raised Christ from the dead, is freely available to any who want out of the dead-ends in which they find themselves.

Bless the Lord, O my soul; and all that is within me, Bless His holy name.
Bless the Lord, O my soul, and forget none of His benefits;
Who pardons all your iniquities; Who heals all your disease;
Who redeems your life from the pit;
Who crowns you with loving kindness and compassion;
Who satisfies your years with good things,
So that your youth is renewed like the eagle. (Psalm 103:1-5)

Energizing Our Easter Baskets
Posted by bwsmith at 4:43 PM

Email ThisBlogThis!Share to TwitterShare to FacebookShare to Pinterest
Labels: Micah 6:8