Promising to Take Care of Folks . . .

It’s been a proud tradition of our national heritage that we care for folks who come upon hard times. It’s part of an American’s DNA.   It seems “charity,” is no longer a human virtue, it is a governmental obligation.   Somewhere along the line, though, common decency became a political weapon – one which rival politicians could use to attack one another – and while the wrangling goes on, the every-day problems that caused by men and women who have used the promise of  [unlimited] government money to secure their power bases have ballooned right along with the money we’ve borrowed to finance our promises.
My financial acumen is sophomoric to those better trained in all matters of money, granted.  And the experts may know how we are going to bail ourselves out of the sinking boat also known as the US economy.  But I do know that it seems we have come to end of trying to solve the real problems that overtake people with government money.
I have been guilty of thinking that if we just gave folks money to get on their feet, to get started, to keep going, for a spell, they would be able to manage. For all the successes of such plan, too many failures have weakened it – and the people we wanted to help are being crushed, especially the men.   Dr. Tony Evans, (The Urban Alternative) wrote: 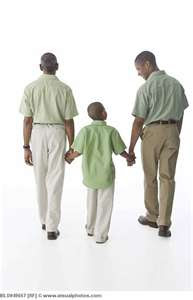 Men, when we look at the state of our culture and our country today, we find that we are in a crisis situation. How can we not be when 40 percent of our children go to sleep at night with no dad at home? Among the minority populations, that statistic goes up to 63 percent, and in the innermost inner cities, it rises to 83 percent. There is no respect or dignity among men anymore. They are fathering children but not taking the responsibility to help rear them. Men have become like the fabled abominable snowman, whose footprints are everywhere, but he cannot be found.
And what will happen to the children and their moms when the reality of our profligate financial policies dawns on them?
I know Americans will do the right and good thing – as we have done -- continuing to give. But I hope we will also each consider how much we have given over to the politicians, whose first thoughts maybe colored by different agendas.
Is it too late?  George Orwell and Aldous Huxley saw this day, and despaired.
In contrast, a politician called for a prayer meeting in Houston and that ‘s driving folks nuts. (Rick Perry)
What will the church do?  These are [still] the times that try all our souls – what difference would a few people make, who repented and prayed – like Daniel did in Daniel 9:1-20? What if I just shut the computer and poured out my heart, baring my soul to God, my God believing  . . .
Posted by bwsmith at 8:48 AM