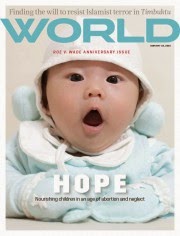 My generation was told many things about sex outside of marriage – most of which we merrily ignored. Go Boomers! Mine was the generation that succeeded in casting off the double standards former generations insisted upon. It was common sense that women had just as much of a right to have fun as men.

“If you decide to have a party with your boyfriend, remember: a little life, innocent and precious, is always a possible unexpected guest. You don’t have a right to spoil their party.”

She wasn’t threatening me. She was offering a common sense warning based on what she had seen and I was seeing among my friends.

But my generation knew better – and we had the Pill!

And we brought abortion out of the back alleys! We wanted the lives of women facing unplanned pregnancies protected.  It was common sense. We knew what happened in those unclean, unsafe places because either we had to have one, or someone we knew had to end a pregnancy.

Too few of us, though, thought about the life of the child – being assured “it” wasn’t a life – not really.  So, some of us discovered too late exercising our newly secured constitutional right was more complicated than undergoing a simple procedure.

Common sense should have told us that ending an unexpected pregnancy might not be an uncomplicated alternative to carrying a baby to term.

Call the Midwife --- has dramatically taught viewers the harshness and heartbreak attending a little child’s coming into homes unable or unwilling to welcome them. It has also candidly depicted the callousness and compassion that attended adoption in the 1950’s and -60’s.  Mothers who relinquished their children into the care of others were not always cherished as sincerely as their babies were.

Single-parenting therefore became a common sense solution, one which the government of the United States enabled states to support, as the church and other private charities lost the debate on adoption. (Welfare Statistics)

This new normal has changed us – is changing us, not always in positive ways.  (Seventy -Two Percent of Black Babies Born to Unwed Moms) Common sense should tell us we might need to change course – not so easy in the uncertain times in which we live; when most standards are just your opinion or mine.

January is among its other designations, a month celebrating Right to Life.   Others call it Respect Life, or Sanctity of Life. (WORLD Magazine 2015) I hope this will be the first month in a year that galvanizes us to continue offering   real help to real women and men who have created lives for whom they are unable to care!

God help us to seek Him and His ways, not as a tyrant spoilsport issuing threats, but as a Father whose blessed boundaries protect and sustain life. (Psalm 139)