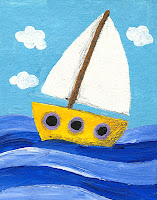 Doug had a sailboat when we were married, a 32-foot cutter, Ladybird, designed and built by Peter Van Dine of Annapolis. We often sailed on a Saturday – inviting friends from DC to come over and join us. It was a novel mode of courtship – surely beat the bar scene in DC! However, it, too, was as dangerous as it was glamorous.  One friend, when she saw the boat made a not so subtle play for Doug! But that’s a story for another time.

Shortly after we were married, when we were motoring out of Back Creek in Annapolis, one of the lines was not secured and fell overboard, fouling the prop.  Ladybird stalled in the middle of the channel, on a busy Saturday afternoon.  Doug quickly went over the side, diving under the boat several times to free the propeller; I was trying to hold the tiller steady, as the wakes of passing boats buffeted her.  Doug succeeded and off we went.

Reflecting on it over the years the memory remains as the root of more than a few nightmares – As does another sail when we were caught in a squall on the Chesapeake Bay in late summer and lost visibility.  I was to keep watch for the sudden revelation of coming too close to the tankers we knew were about before the squall hit.

Our last sailing adventure included our son, then not yet three. We were in Maine and charted an O’Day 23-foot sailboat. Unaccustomed to Maine “breezes,” we didn’t realize the need to reef in our sails until we were being knocked over.  We stowed our son in a life vest below, and I held the lines for dear life – the force was so great, my wedding band snapped under its pressure.

We sold the Ladybird. She was a luxury we couldn’t afford the longer we stayed married; attending her upkeep –the time and money – when we were tending a new baby was costly. Even chartering another boat became a dream in the reality of running a business, and family stuff.

Words can’t get across the pleasure of gliding through water, feeling wind and sun – its smell, and the delight. Nor can any words convey the feeling when the water turns rough, the wind assaults, and the sun disappears, and the realization that a bit of fiberglass and canvass is all that is keeping me from Davey Jones’ Locker!

The wonder of sailing, though, including the mishaps, and near misses remind me of the bigger picture of our marriage.  Ours has been as lovely and fit a marriage   as the Ladybird was designed and well built.  But even as we sailed her through some dicey conditions, we’ve come through some stormy weather in our marriage:

We’ve weathered some troubles because we were careless, as when the unsecured rope fouled the prop. We were unprepared for the care of our parents, business setbacks, and conflicts within the church, as when the sudden summer storm caught us off guard.Raising our kids in the upheaval of the late ‘80’s and 90’s was a lot like getting back to port the day those Maine winds were too heavy for our sails’ setting.

We don’t sail anymore – but we still crew together.  The responsibilities are similar. Getting safely home from a summer cruise meant using the chart. Using a chart meant understanding it and relying upon it. Whoever was steering needed a reliable lookout, watching for buoys and lights – we both needed to secure lines, avoid collisions and shoal water.  Staying together forty years has been easier because of the Scripture; believing it and relying on it has been as essential as sailing by the charts of the Chesapeake. Turning over the helm to GOD was the smartest thing we both did.

We know our final port, but not fully the course or conditions.  The things that can go wrong in life are like the huge tankers hidden in that squall  I knew were out there that stormy day when visibility was zero. We’ve watched friends sail into rough waters; age presents all kinds of challenges, much like sailing on the Chesapeake where shoals, weather, traffic, novice sailors – and careless sailors -- introduce dangers. My job is not to freak – but to stay at my station; watchful, keeping the lines secure, and trust the High Captain.
Show Me the Course
Steer the ship of my life, good Lord, to your quiet harbour,
where I can be safe from the storms of sin and conflict.
Show me the course I should take.
Renew in me the gift of discernment,
so that I can always see the right direction in which I should go.
And give me the strength and the courage to choose the right course,
even when the sea is rough and the waves are high, knowing that through enduring hardship and danger in your name we shall find comfort and peace.

Dear God, be good to me;
The sea is so wide,
And my boat is so small.
~ The Breton’s Fisherman’s Prayer