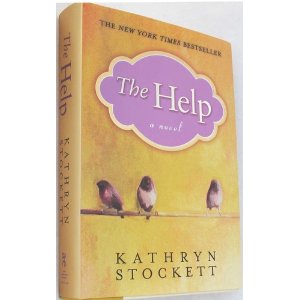 A stroll down memory lane isn’t always easy or pleasant. I just took one when I read  The Help  by Kathryn Stockett. This first novel weaves together several lives, just as the fabric of segregation began unraveling in Mississippi in 1962, and as a new cloth of civil rights for black Americans unfolds. Though we know how that appalling era ended, The Help portrays people often neglected in the formidable tapestry of the US civil rights movement – black women and the white women for whom they worked – beautiful strands each. The women take turns, as if at a loom, telling her experiences, weaving her observations and ambitions into small part of a much larger fabric, familiar to us, especially those who lived through the ‘60's.

By scattering historical facts in her fictional account of how three women authored a best-selling novel in Jackson, Mississippi, Ms Stockett creates a potent and personal story. Their matter-of-fact observations, and casual commentary emerge against the racial tension in the south in the ‘60's. Two women, Aibileen and Minny, are black women who are maids; the third woman, Skeeter, is white and like a misfit in her hometown. They disclose their aspirations, humiliations and heartaches – interlaced with fear of real consequences, from ostracism, to tongue lashings, brutality and incarceration.

The reader is a trusted confidant, also growing in understanding as the characters describe how they cope with a monster who is becoming more recognizable, as their stories include names of real people and real events. The awareness of the blight Jim Crow propagated deepens – and disturbs. For those who know about James Meredith, the Freedom Riders, To Kill A Mockingbird, Dr. King, and Medgar Evers, even the most humorous scenes are bittersweet.

The reader may laugh at how stupid the racists looked and sounded; empathize with the heartaches and marvel at the maids’ forbearance – but then the reader may remember what happened to people who overstepped. This is why what began as walk back in time hurt.

I am no longer just reading a well-written first novel; I am looking through a glass – seeing the cost of slavery exacted from still another generation. And I am looking into a mirror. The novel’s words are unadorned – familiar – describing attitudes like ones I heard growing up in Baltimore at about the same time. Our segregation was not as blatant in the 1960's as Jackson’s, but it was just as real.

As the novel ends, the reader has hope. The book they have written is a double-edged hope for all three. “Wasn’t that the point of the book” Skeeter wonders? “For women to realize, ‘We are just two people. Not that much separates us. Not nearly as much as I’d thought.”

Perhaps their lives, torn apart by fortune and misfortune, will be re-woven again with strength, dignity and success? It is, after all, 1964.
Posted by bwsmith at 9:16 PM

Email ThisBlogThis!Share to TwitterShare to FacebookShare to Pinterest
Labels: racism